These folks are hot…DEAD hot

We begin with Aldous Huxley…über-intellect, philosopher, and author. Best known for his anti-Utopian novel Brave New World. Also well known for his prodigious and copious drug use. Less well known for his 1940 screenplay for Pride and Prejudice, starring Laurence Olivier and Greer Garson. Should be known best for his brooding good looks, penetrating gaze, and general hotness.

Next up we have Sir Walter Raleigh (or Ralegh, as it was originally spelled). Well known for his dalliance with Queen Elizabeth I (“Virgin Queen” my ass). Also known for his ill-fated expedition to settle Roanoke Colony in North Carolina (what kind of dipstick sends people to set up shop on the North Carolina coast during hurricane season, anyway???). Should be best known as Hot Elizabethan Studmuffin.

Our third Hot Dead Guy was chosen with Leo in mind, because I know of his fondness for hot prisoners and ex-cons. 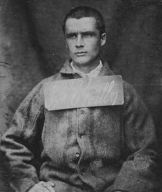 John Boyle O’Reilly was a Fenian who was imprisoned in 1866 for his role in an Irish plot to rebel against British troops. This didn’t exactly endear him to the British, and for his troubles he got a prison sentence and subsequent transportation to Australia as a political criminal. O’Reilly escaped from prison in 1869 and made his way to the United States, where he continued to advocate for Irish independence. Now tell me you wouldn’t have enjoyed solitary confinement with this fine felon.

And now, the ladies… 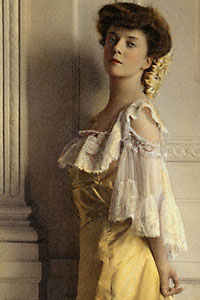 First, Alice Roosevelt…she was the oldest child of Teddy Roosevelt, and man, was she a piece of work. She had a throw pillow that was embroidered with “If you can’t say something nice, then sit next to me.” I mean, look at this haughty broad. You just know she’d rip you to shreds. Her forked tongue often got her in trouble and she was embroiled in multiple scandals throughout her life, but she didn’t care. Alice lived without restrictions. And she was hot.

Next, may I present Hedy Lamarr, Hollywood legend and science geek. During World War II, she devised a method of preventing radio-guided torpedoes from being jammed by the enemy: a device that would constantly change the radio frequency so that enemy equipment couldn’t get a fix on it. 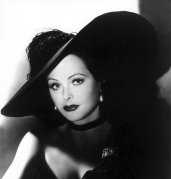 She received a patent for her “frequency hopping” system. It was never used by the United States Navy, but many modern communications devices use a system very similar to it today. Hottie Hedy had beauty AND brains. 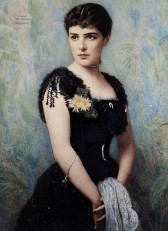 Last but by no means least, we have Jennie Jerome. Who??? Well, Brooklyn-born Jennie was from a well-to-do family, and being a fine specimen of female pulchritude, she had a variety of suitors. In 1874, she met Lord Randolph Churchill—the man who would soon become her husband. They soon had a son, Winston. You may have heard of him. (By the way, smart money says that Winston was conceived BEFORE the wedding of his parents…) Jennie was notorious for her sexual appetites as well as for her impossibly tiny waist (thanks to some seriously impressive corsetry). Her second and third husbands were both 20 years her junior, and she was once described as having “more of the panther than of the woman in her look.” Who knew Winston’s mom was such a live wire?  And so hot??

186 responses to These folks are hot…DEAD hot