You know about my experiences hearing dead people. I’ve even shared my psychic predictions from time to time. So I thought, hey, why not have a sit-down with some dead people and interview them, like Barbara Walters except interesting?

I turned off the lights and lit a candle for ambience. Except I didn’t realize the candle was some sort of cloying scented thing. It made my eyes water and I almost passed out from the fumes. I blew it out. Darkness is better for communing with spirit anyway.

I heard the sound of a coin dropping on the floor and rolling to a stop. From the street lamps outside, I had enough light to see that it was a penny, heads up. Hmm. 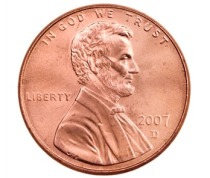 “Yes it is. I’m so glad you figured that out. Do you know how many other people just say ‘Hey look, a penny!!!!’ and then grab it and run off and forget I’m here? It’s very annoying.”

We chatted for a while about this and that. But then I couldn’t take it anymore, I had to know.

MW: So, Mr. President, I hate to bring up bad memories, and I don’t want to seem tacky, but I have to ask: what did you think of the play before you were so rudely interrupted?
AL: You know, I was really enjoying it. But Booth shot me right during the funniest line—he did that on purpose, you know. At first he said he did it so the laughter of the crowd would drown out the gunshot. But he admitted to me later that he did it just for spite so that I’d miss the best part.
MW: What an ass. Did you ever see John Wilkes Booth act? Was he any good?
AL: Eh. He was okay. I might have been more generous with my opinion about his acting ability if he hadn’t been a president-murdering son of a bitch.
MW: That’s fair. I assume when he died he didn’t go upstairs, am I right?
AL: That’s correct, he’s down below. Last I heard, he was being moved to different quarters. The Night Stalker—he just arrived down there—got dibs on being his bunkmate. You have no idea how happy that makes me.
MW: But Mr. President, in your second inaugural address, you spoke so eloquently of a time when the war was over, and welcoming the Confederates back to the country with “malice toward none.” You don’t sound like the man who wrote of such forgiveness.
AL: I know. I lied. It made for good press. Don’t look at me like that, it’s not like I’m the only president who ever lied.
MW: You have a point there. Anyway, what have you been doing since your assassination?
AL: You mean in these past seven score and eight years? Well, I recently took up yoga. And I learned Thai cooking. In fact, just the other night I gave a dinner party—the food turned out really well but the guests were a bit rambunctious. Cleopatra drank all the wine as fast as Jesus could make it. And I have to remember never to leave Queen Victoria alone with Marco Polo…they disappeared for a few hours and when they came back, the Queen’s gown was all disheveled and wrinkled and Marco high-fived everyone.
MW: Wow. I had no idea they were such party animals.
AL: Remind me to tell you about the time I had drinks with Florence Nightingale. She might have been a bit of a prig when she was alive, but now, once you get a few apple martinis in her, she lets her hair down and starts slipping the tongue to the barmaids.
MW: Is that right?? I would have thought she’d be more of a teetotaling sort.
AL: Let’s just say the “Lady With the Lamp” becomes the “Lady Wearing the Lampshade” pretty quickly when alcohol is involved.
MW: You’re starting to fade, Mr. Lincoln. Is there anything else you want to say before you leave?
AL: There is, as a matter of fact. Why is everyone so fascinated by Kim Kardashian? Am I missing something? She has a great behind—I don’t think she’d even need a bustle to fill out her dress. But other than that, she seems as useless as George McClellan.
MW: A lot has changed since you were here, sir.
AL: Not really. Next time I’ll tell you about the time Edwin Stanton and I put on some of Mrs. Lincoln’s dresses and paraded in front of the Capitol Building. We acquired the calling cards of quite a few senators and congressmen.

Stay tuned for my next chat with the spirit world…who knows who will come through next??